The Lafayette War Memorial is located in Bluebird Park at 225 Kiefer Creek Road in Ellisville. The Memorial was originally built in 1981 for those soldiers from the Lafayette area that died in World War 1, World War 2, Korea, and Vietnam, and a granite monument displays their names.

On July 4, 2009 a newly designed and relocated Lafayette Memorial was rededicated. It displays the National flag, the Missouri flag, and the Prisoners of War (POW) flag, and recognizes the 5 branches of the United States Armed Forces with the respective military seal cast in bronze, and encased in the walkway directly in front of the granite monument. 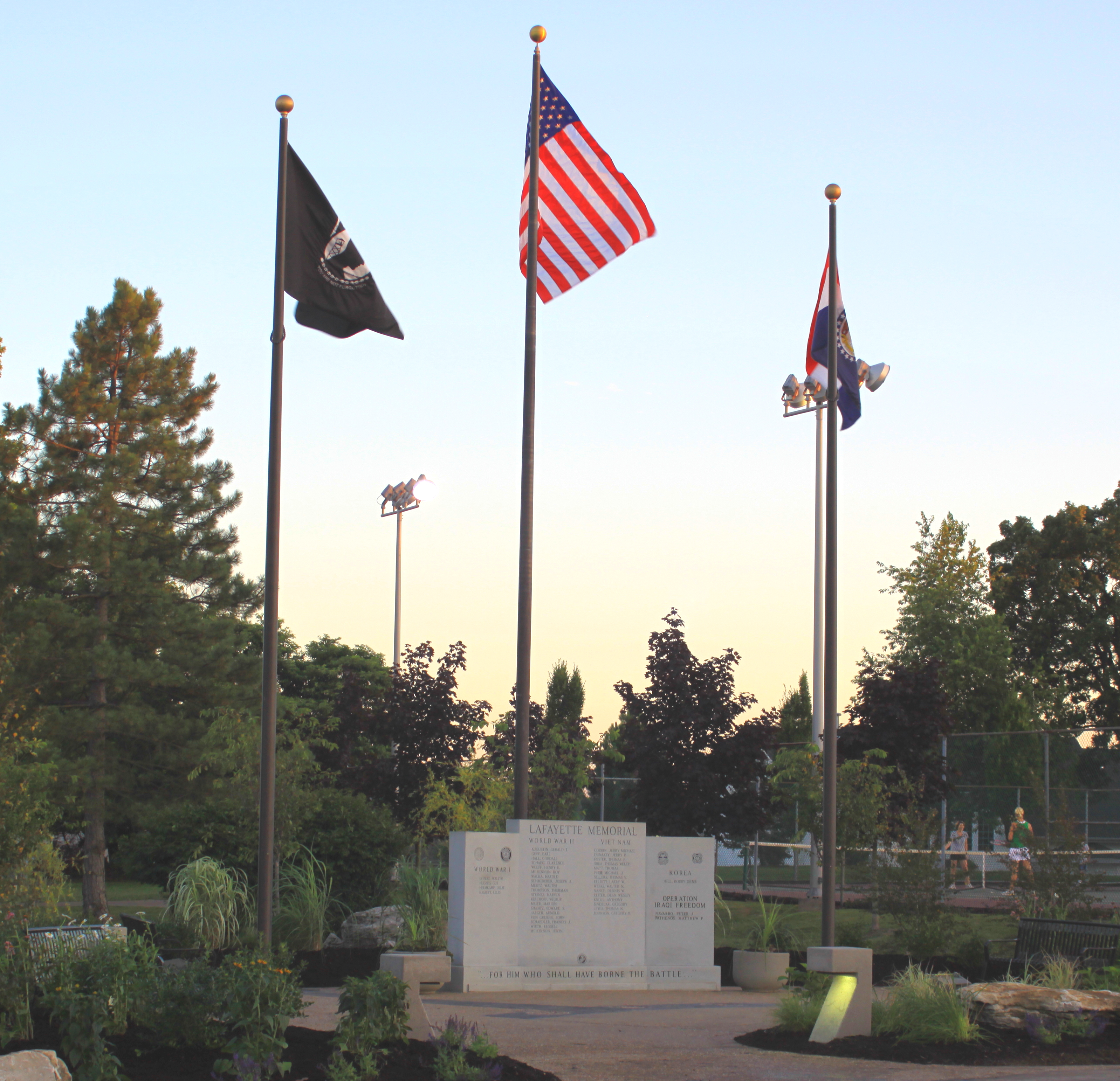